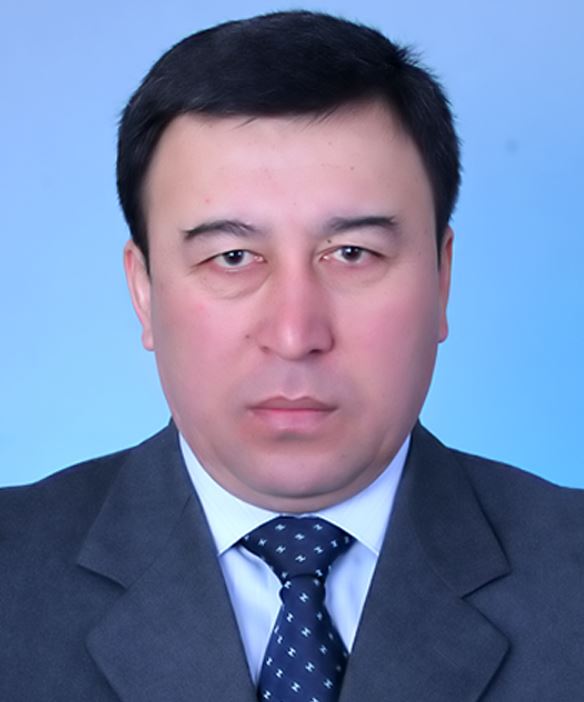 Professor of the Department of Propaedeutics of Internal Diseases and... 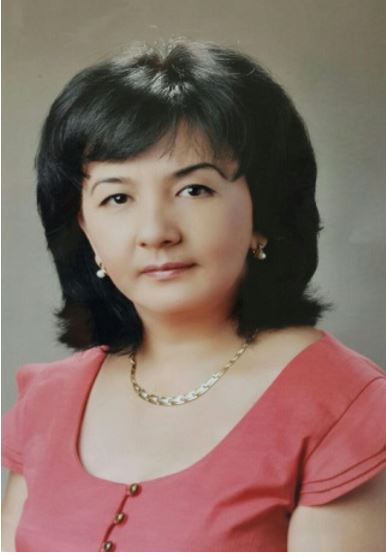 Assistant Professor of the Department of Propaedeutics of Internal Medicine... Assistant Professor of the Department of Internal Medicine Propaedeutics Tashkent...

THE DEPARTMENT OF PROPEDEUTICS OF INTERNAL DISEASES

The Department of propaedeutics of internal diseases as an independent was organized in 1920 By M. I. Slonim, who headed it until 1926.
From 1926 to 1933 the Department was headed by N. I. Ragosa.
From 1934-1942 the Department was headed by Professor Heinrich Frantsevich Mankus. In 1917 he graduated from Saratov medical Institute. In 1934 he was awarded the title of Professor. Author of 50 publications devoted to the problems of liver, intestine and pancreas pathology. Prepared 9 candidates of Sciences.
From 1942 to 1971 the Department was headed by Nasyr Ismailovich Ismailov (1901 -1974)-doctor of medical Sciences, Professor, corresponding member of the Academy of Sciences of the Republic, honored scientist. In 1929 he graduated from the medical faculty of the SAGA. In 1935 he was awarded the degree of candidate of medical Sciences, in 1947 he defended his doctoral dissertation. Author of 109 scientific papers on regional pathology. His textbooks on internal diseases, guidelines on patient care and monographs on tuberculosis, as well as monographs on “Heliotropic toxicosis (toxic hepatitis with ascites)” and “on intestinal diseases in Central Asia”played an important role in training. Under the leadership N. And. Employees of the Department published more than 350 scientific works, including 8 monographs and 3 collections of works of the clinic. For these years 3 doctor’s and 15 candidate’s dissertations are protected.
During this period, the Department worked Professor M. S. Tursunkhodjaeva, associate Professor Sharapov U. B., G. K. Zemchugov, S. G. Mukminova, A. Faiziev, assistants H. I. Haleeva, A. H. Hasanov, R. F. Khairova, T. V. Bucharina, M. sh. Ibragimova, N. And. Ismailov, N. N. Nasritdinova, J. S. Khalidov, N. G . Suchanova, R. V. Inogamova.

From 1971 to 1976 the Department was headed by Munira Sagidullaevna Tursunkhodjaeva (1921 -1976) doctor of medical Sciences, Professor, honored worker of science -a student of the same Department. In 1941 he graduated from the Tashkent state medical Institute. PhD thesis defended in 1950, doctoral in 1955, the Author of 45 scientific works. Scientific research was aimed at the study of vitamin metabolism in normal and pathological conditions of the gastrointestinal tract, cardiovascular diseases. The issues of diagnosis and treatment of diseases of the circulatory system in the age aspect were studied. Under the guidance of prof. Tursunkhodjaeva M. S. zashimei 2 doctoral and 11 candidate theses.

In 1976-1979 the Department was headed by Irkin Yuldashevich Kasymov (born in 1933)-candidate of medical Sciences, Professor, honored worker of health of the Republic of Uzbekistan. In 1957 he graduated from the Tashkent state medical Institute. PhD thesis defended in 1967 In 1990 he was awarded the academic title of Professor. Author of more than 500 scientific works. 1984-1991 chief doctor of the CDB № 1 MSO MOH of RUz, 1990 head. Department of propaedeutics of internal diseases 2 TASHMI.

Scientific research was conducted on the problem of early manifestations and treatment of heart and liver lesions in patients with chronic alcoholism. A large place was given to the issues of pathogenesis, clinical course of hepatic syndrome in chronic colitis and features of the course of cardiovascular diseases and diseases of the gastrointestinal tract in elderly and senile age in Uzbekistan. Many students and doctors know the monograph “Recognition of heart diseases (difficulties of private and differential diagnosis)”, co-author of which is Kasimov. Prepared 6 doctors and 31 candidates of Sciences.

From 1979 to 1997 the Department was headed by Rahila Abzalova Karabaeva (born in 1928) doctor of medical Sciences, Professor. In 1951 he graduated from the Tashkent state medical Institute. PhD thesis defended in 1955, doctoral in 1972, the Author of about 100 scientific papers. Scientific research was devoted to rheumatology. Under her leadership, on the instructions of the SCST And the Institute of rheumatology of the USSR Academy of Sciences, the work on the current topic ” The study of the prevalence of rheumatism and the impact of various environmental factors in the Hungry steppe (on the example of the Jizzakh region) and the development of effective preventive measures.” On the initiative of R. Karabaeva since 1986 a seminar was held annually on the most topical issues of diagnosis, treatment, prevention and clinical examination of rheumatological diseases. During this period, she published more than 70 works on rheumatology, in Uzbek language published a textbook for students on propedeutics of internal diseases and published one monograph, prepared dozens of highly qualified rheumatologists. Under her leadership, he successfully defended his thesis on rheumatology, who graduate student from Bangladesh. Employees of the Department participated in 4 international conferences and symposia. Under the direction of R. A. Karabaeva 2 doctorial and 10 candidate dissertations. With her worked at the Department of Professor M. R., Eliseeva, M. Y. Saidova, N. N. Nasritdinov, associate professors A. H. Khasanov, A. Kh. Abdullaev, N.. Akhmedov, M. M. Asimov, assistants N. And. Ismailov, N. G. Sultanov, P. N. Pavli, O. I. Isaeva, A. Muradisinov, A. Ulianov, N. P. Shonazarov, U. S. Sadykov, H. A. Khodjaev, B. K. Han, D. A. Sultanhodzhaeva, M. Y., Chaudhuri.